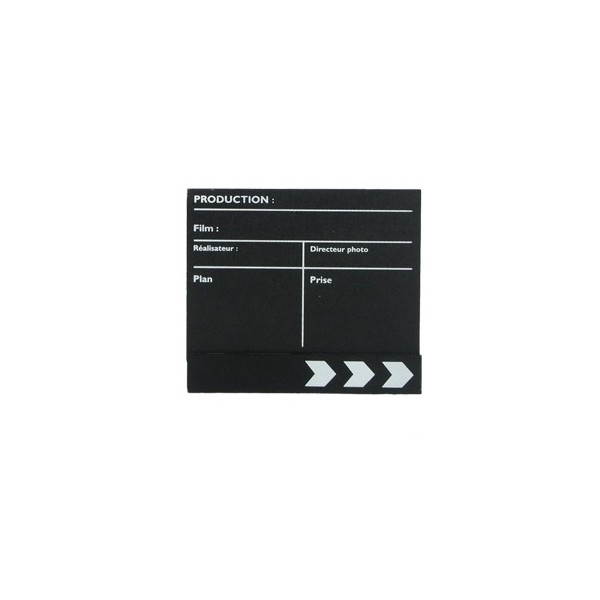 Generally offered by generous productions to the film crew as a souvenir of past adventures...can also be used as a clapperboard on small video projects

The clapperboard is a slate made up of two parts: a large one on which are written the title of the film, the name of the director and the director of photography, the number of the shot, the scene, and the take, the effect (inside / exterior, day / evening / night) and possibly other technical data, and another part, thinner and more mobile, fixed to the first by a hinge, the flap itself, which is folded down producing a sharp snap , when the camera starts.

During editing, frame-accurate synchronization of sound and image is made possible by the brevity of the click.

The scene and shot numbers are used to identify the shots to order the rushes. The take number makes it possible, thanks to the image reports kept by the script girl ( script-girl or script-boy ), to identify the takes deemed good by the director during the shooting. 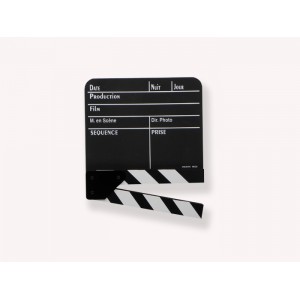 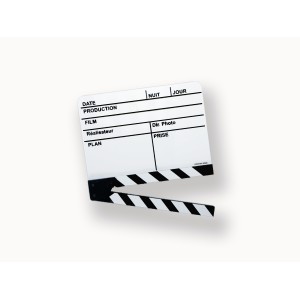 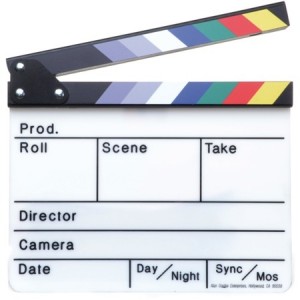